The big changes predicted for agencies and their clients over the next 5 years.

When Elon Musk is telling us there’s ‘a one in billion chance we’re in ‘base reality’ which means he basically thinks we’re living inside the Matrix, Bank of America analysts are reporting a 20-25% chance we’re living in an AI world, and at least two of Silicon Valley’s tech billionaires funding research to prove the AI theory, it gets you thinking.

Now, until we get the proof from Elon and his pals I thought we may as well get back to Netflix, but then a consultancy client in London was explaining how an AI-driven programme is due to be rolled out within their industry in the next year and is going to completely change the way they as a business approach one of their key services.

It got me thinking. Other than asking Alexa to play the Beatles in the office, as an agency we’d not really considered AI and its impact to the industry. There are a few big players in the industry at the moment, creating AI enhanced tools and software to replace or support current creative and development processes, particularly around digital design: 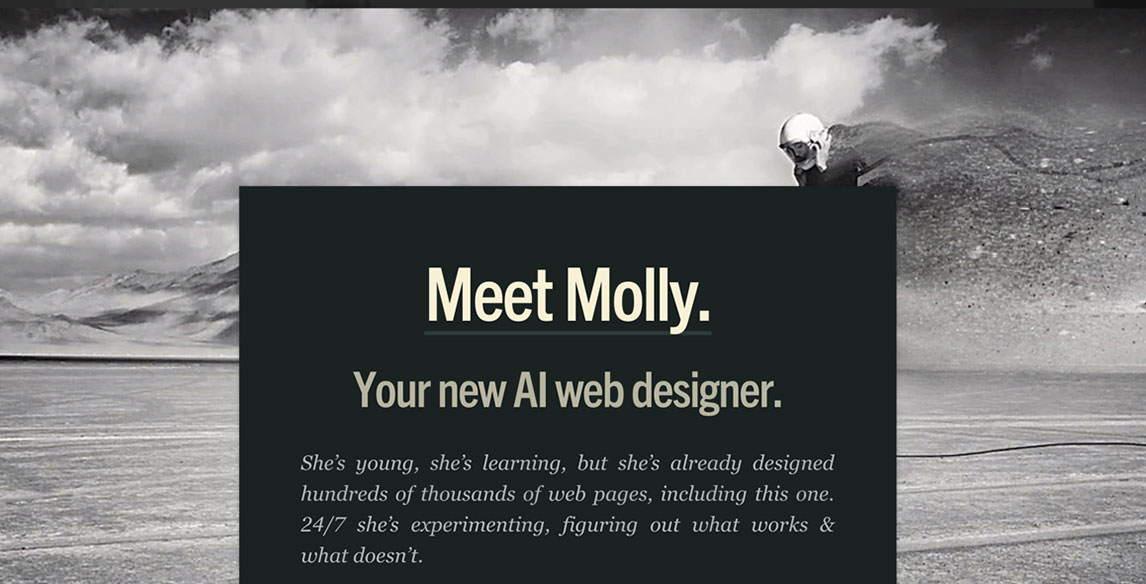 Described by her creators at The Grid as ‘young, learning, but and already designing hundreds of thousands of web pages, including this one. 24/7 she’s experimenting, figuring out what works & what doesn’t.

Molly was an early starter in the industry, running for a couple of years now. An ambitious product, able to design your full website from scratch but has so far received very mixed reviews. 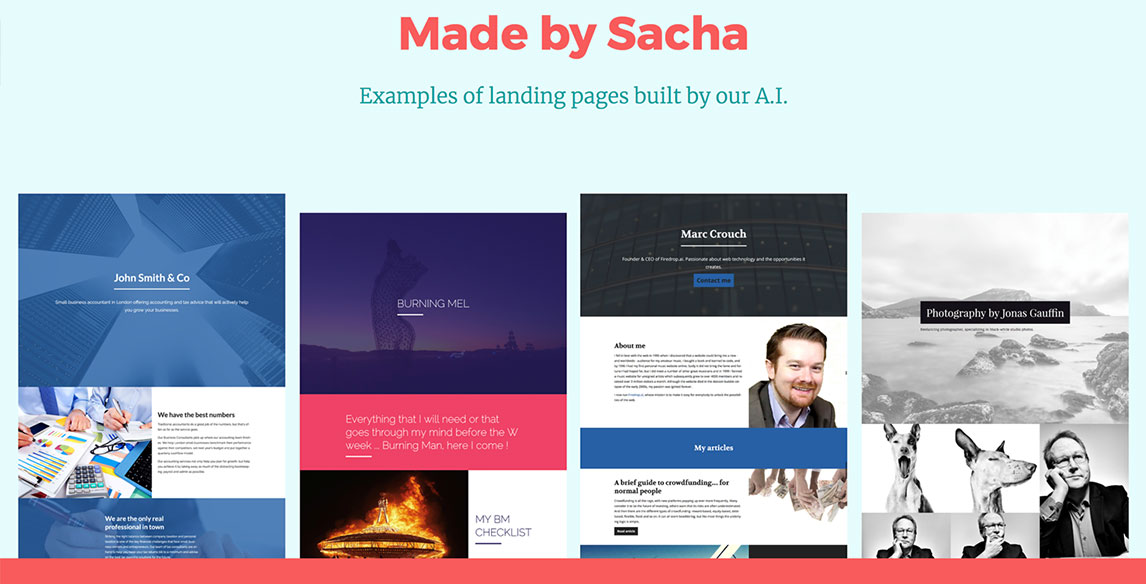 Created by Firedrop, Sacha aims to give a sort of client / agency experience through an AI chatbot and designer. Again, it focusses on web – this time campaign-style landing pages. I personally like this one, for side-hustles or new businesses it’s a great option to create a cheap and quick web presence. Beyond that though, not convinced. 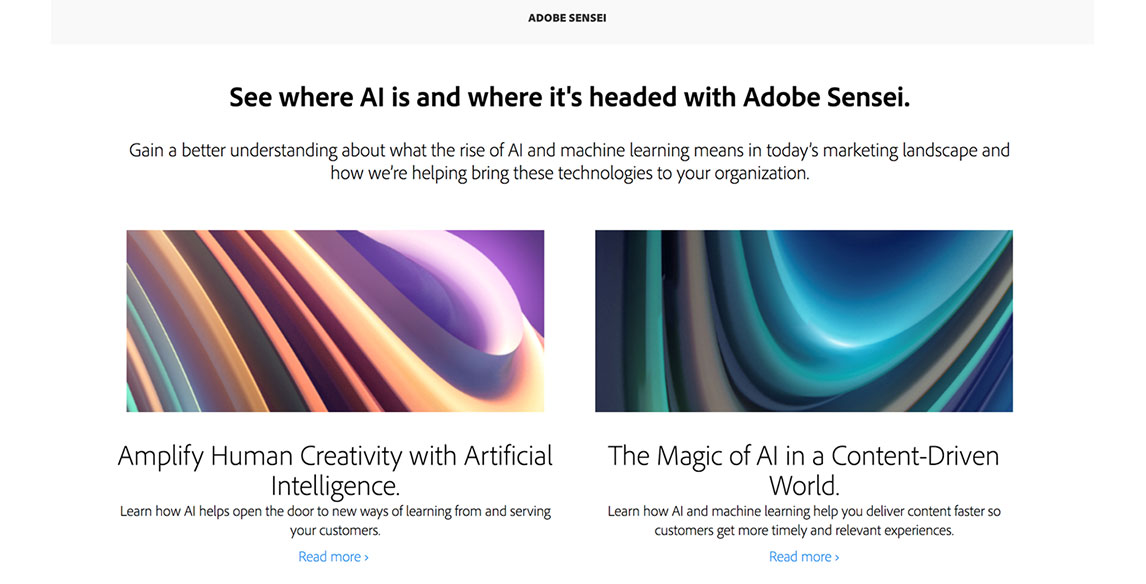 This is the one to watch. Sensei is the AI that is already running in the background of Adobe’s programmes, and with massive wealth of data at their fingertips the potential power or anything Adobe are developing it into is exciting. It’s still all a bit vague for now, but check their product video and you can see the AI identifying objects in videos, animating static content, making editing changes super quick, and enhancing web user experiences.

So where does this leave us for now? Everything still feels a bit ‘drag and drop’, rather than the intuitive, data-driven solutions promised. And it’s limited to web design, nothing too impressive outside of this space until we really see what Adobe’s offering brings to the table. But as a hint of the direction that the tools and software agencies and clients are using on a daily basis, it does give us an insight into where it could end up which I think in a few years will be some form of collab between creative and development humans with AI.

The dream is that this will free up time and allow creatives to focus on understanding the client’s brief, their customers, conceptualising a creative approach, and creating content. While the AI can bring in data from millions of customer interactions to drive data-driven decision making in both digital design and development. Who knows, we might see an AI winning a Dubai Lynx or Cannes Lions in a few years… Artificial intelligence tools are changing the way we create content. As a content writer, you might be worried about your job. The good news is that AI isn’t likely to replace human writers anytime soon. However, as a content creator, you need to understand how AI is being used to improve writing. 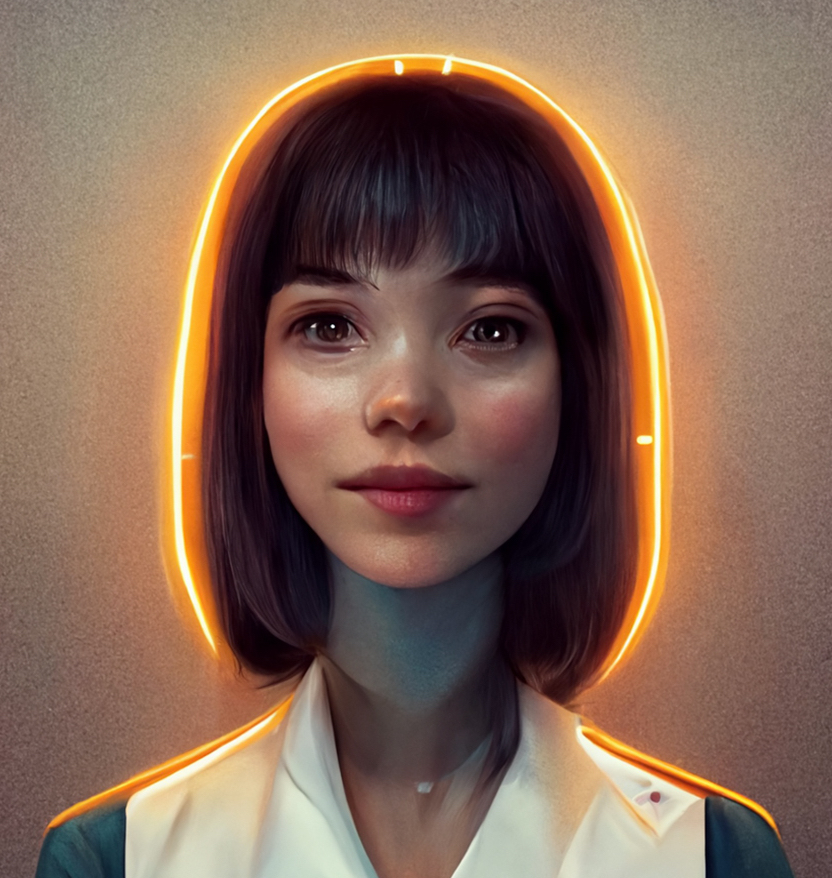 So you want to launch a podcast?

It’s time to level up your brand or profile with a podcast. So many businesses are getting geared up with microphones, preparing their voices, and publishing regular audio content into the world, including your competitors. You might be thinking, “why is there a podcast hype all of a sudden?”. Here's why... 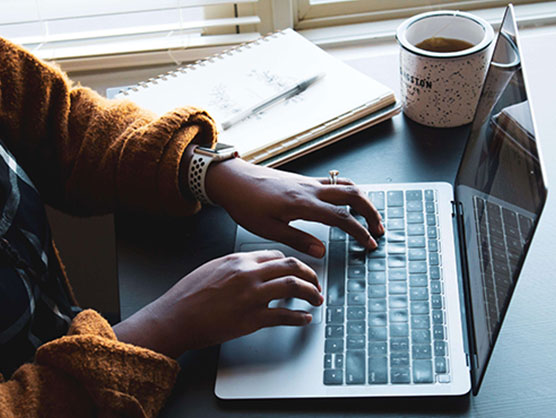 We spend an average of 145 minutes a day on social media. But we only give 1.8 seconds of attention to each piece of content we see. 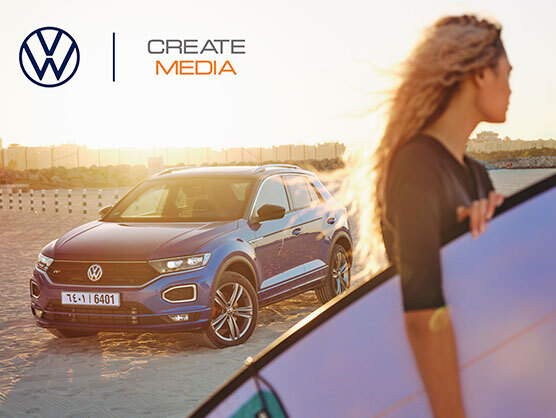 We're proud to support Volkswagen in their vision to ‘move people forward’ through a social approach that will create a positive impact within the community.